Lake Magic | Just across the road from Wave Rock | WA 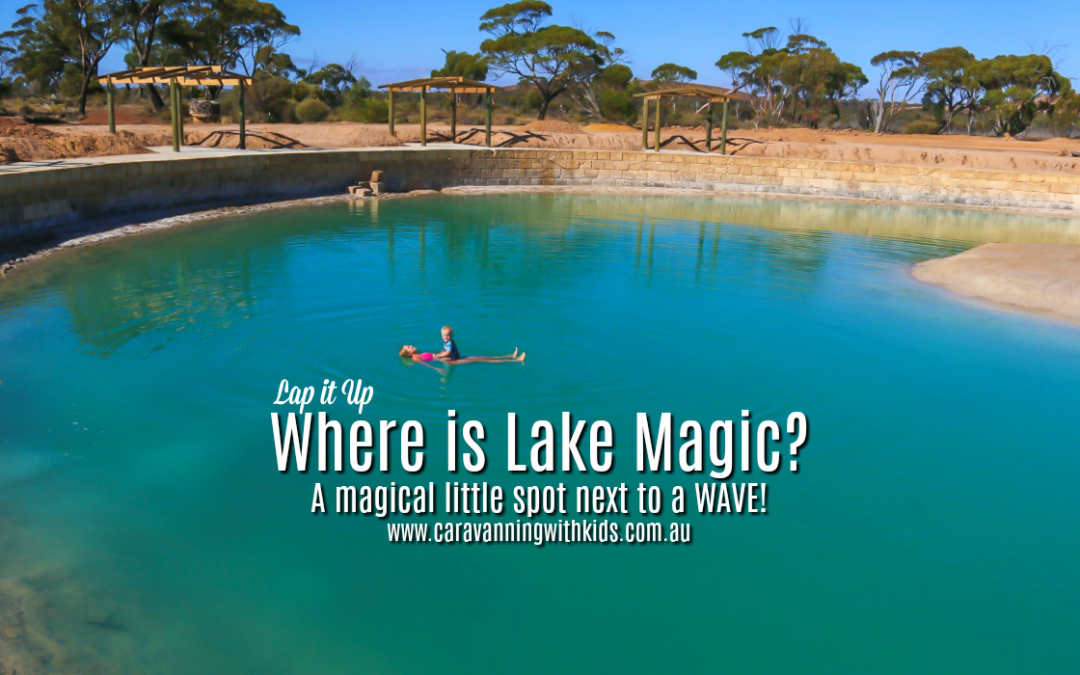 When Lap it Up posted a photo of a ‘magic’ salt lake that seemed like it was in the middle of nowhere, we were intrigued! Where was this lake? Why had none of our team seen it before?  We messaged Jade straight away – Can you please tell us all about this Magic Lake…

You’ve probably heard of Wave Rock, but that may be all you you’ve heard about it.. a rock that’s shaped like a wave. Doesn’t sound that exciting to some, sounds pretty cool to others and we were a bit on the fence. Being in Kalgoorlie we decided to head across to Hyden, about a 5-hour drive to check out Wave Rock before heading back to the Coast the following day. Now let’s just say that we were pretty surprised to discover that there’s more to Wave Rock than just, “Wave Rock”. 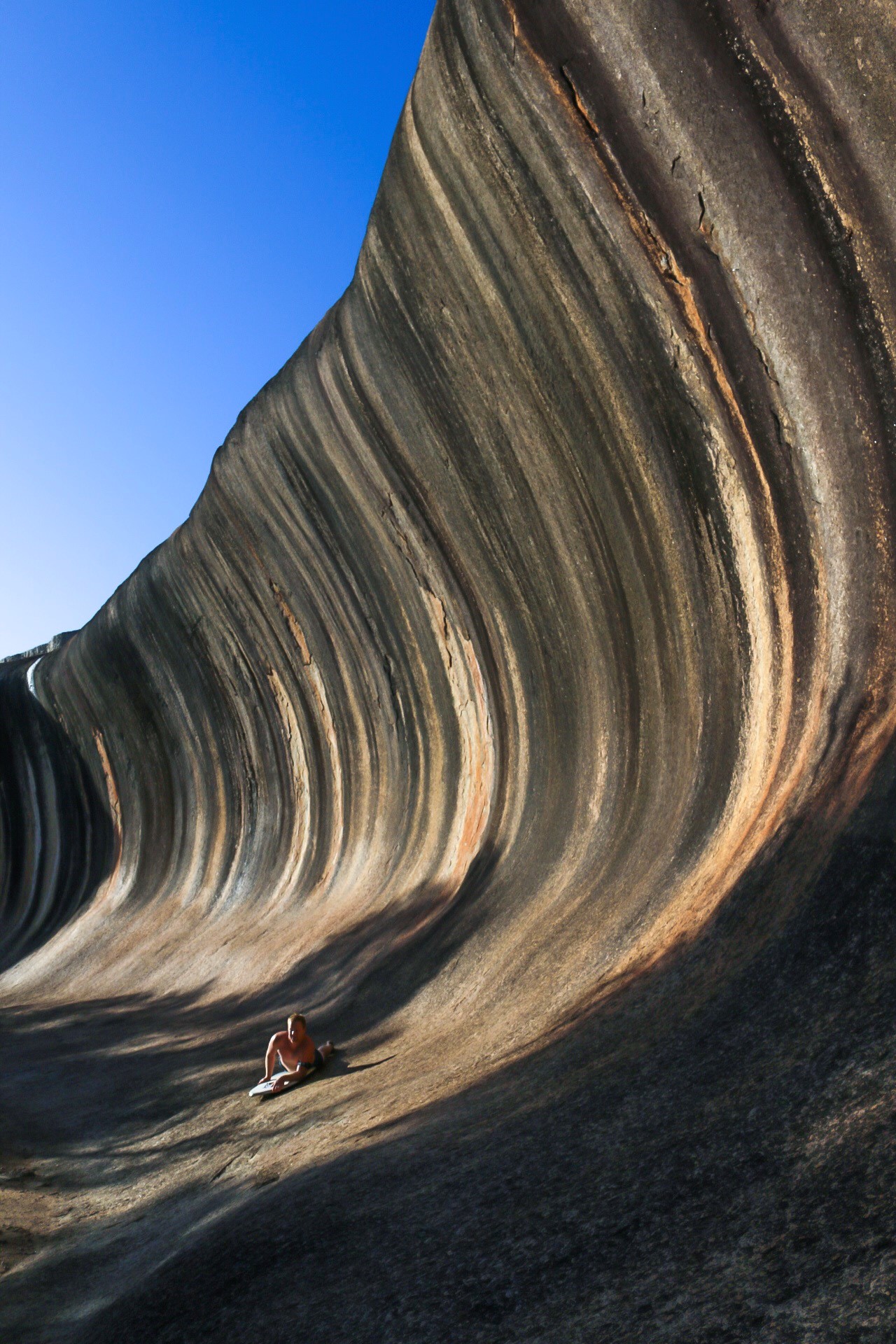 I don’t know where I got this image from, but I pictured Wave Rock to literally be a Rock out in the middle of nowhere, surrounded by pretty much nothing… How wrong was I! There’s Wave Rock Caravan Park, Resort & Wildlife Park just to name a few. But something that really stood out to us was Lake Magic. A “magic” pool of saltwater that you can’t sink in, say what?! 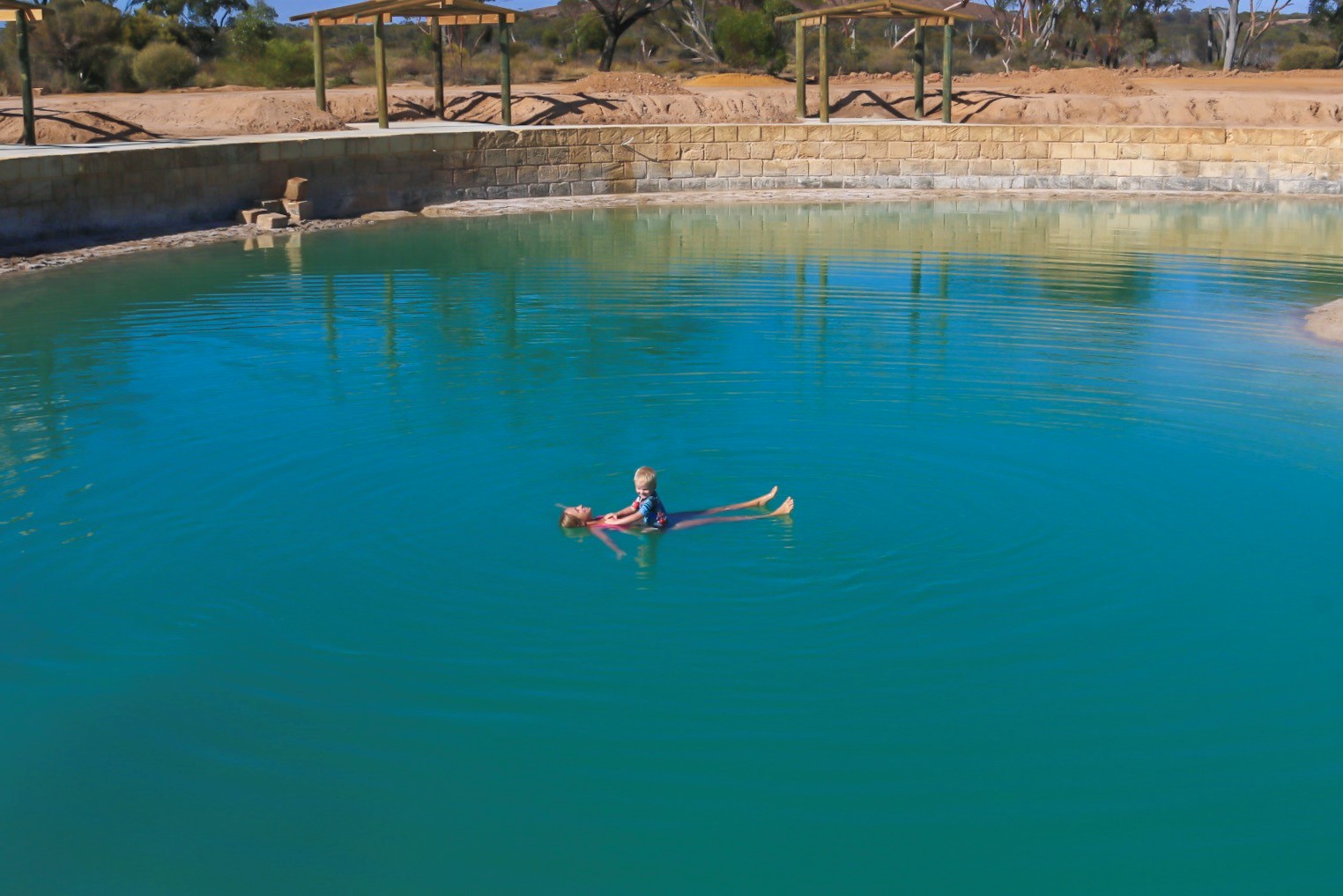 Arriving late afternoon, we decided to stay put at Wave Rock & spend the night in the Caravan Park, only a short walk from the rock. Now even if you weren’t planning on spending the night here & just wanted to pass through, there’s enough room to tow the van in to check it out. The following morning, we decided to check out Lake Magic before hitting the road, which we hadn’t heard much about at all. But it’s only a few minutes’ drive from Wave rock, over near the resort & again, enough room to check it out with the van on. 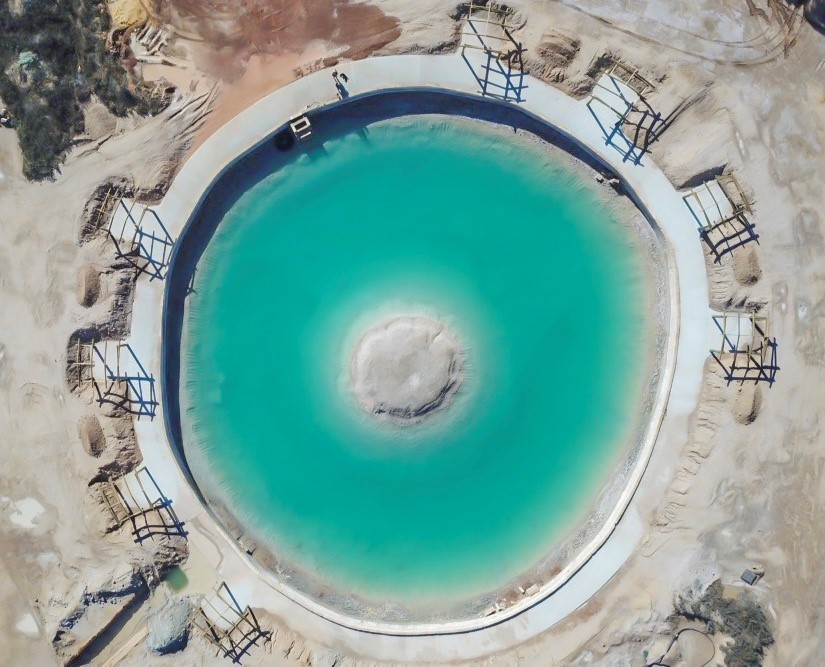 Lake Magic is a naturally occurring Salt Lake with a gypsum base, a sandy surrounding & the water looking pretty inviting. When we visited, it was a pretty chilly morning so we had the hot water on in the van, ready to hit the warm shower after we had a dip. Jamie was the first in, and don’t tell him I told you, but he cannot float at all!

So it’s safe to say that I was very surprised to see him just floating there with ease. It really is a magic lake haha! Chad was hanging to get in, Mum not so keen, a dip of the toes & it was pretty cold. But I couldn’t leave without trying it for myself & I’ve got to say it was a pretty weird feeling floating without trying. The water was freezing on the top, yet surprisingly, almost warm underneath, a cool colour yet somewhat clear & as expected very salty. This would be a beauty of a spot for a swim on those warmer days, that’s for sure!

Now I’m not saying it’s worth a big detour just for this.. what I am saying is that there’s not just Wave Rock to check out. So, if your trying to decide if you want to go or not, now you know its not just to see a rock shaped like a wave haha 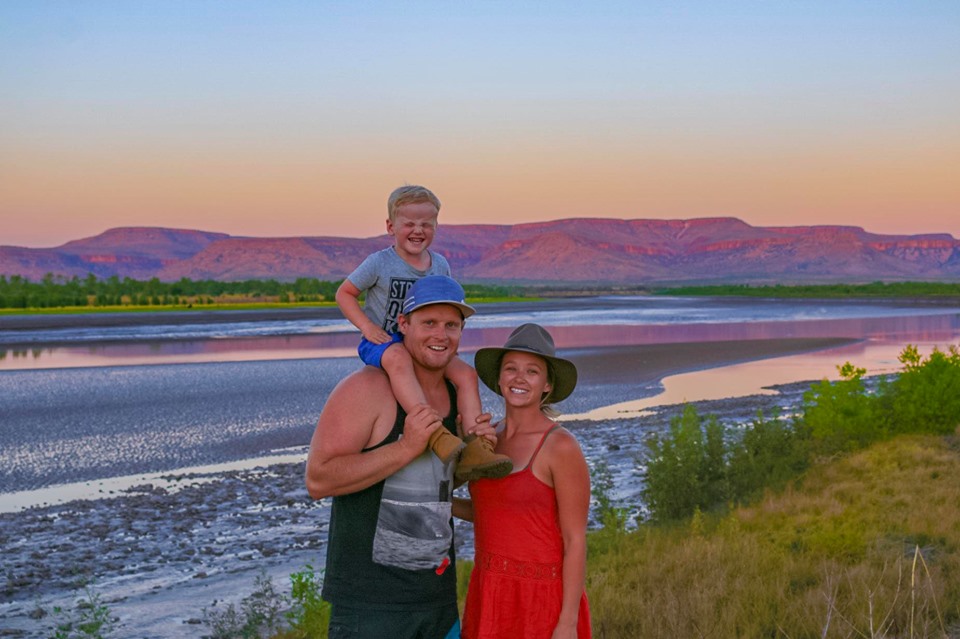 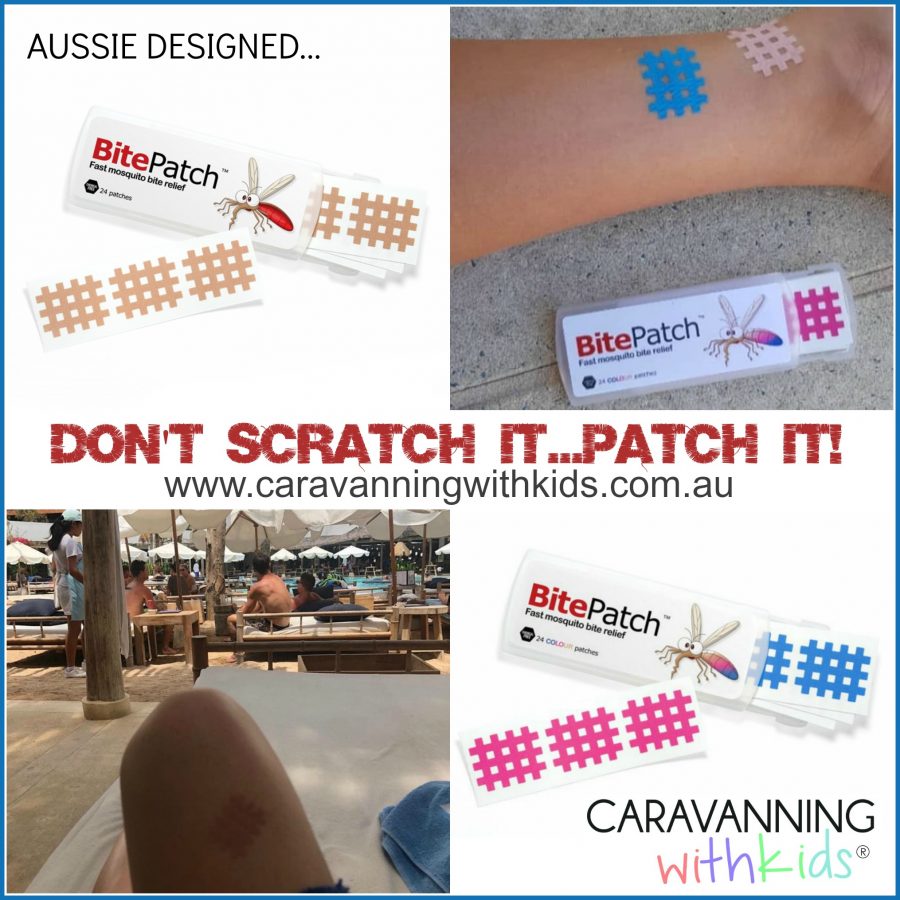 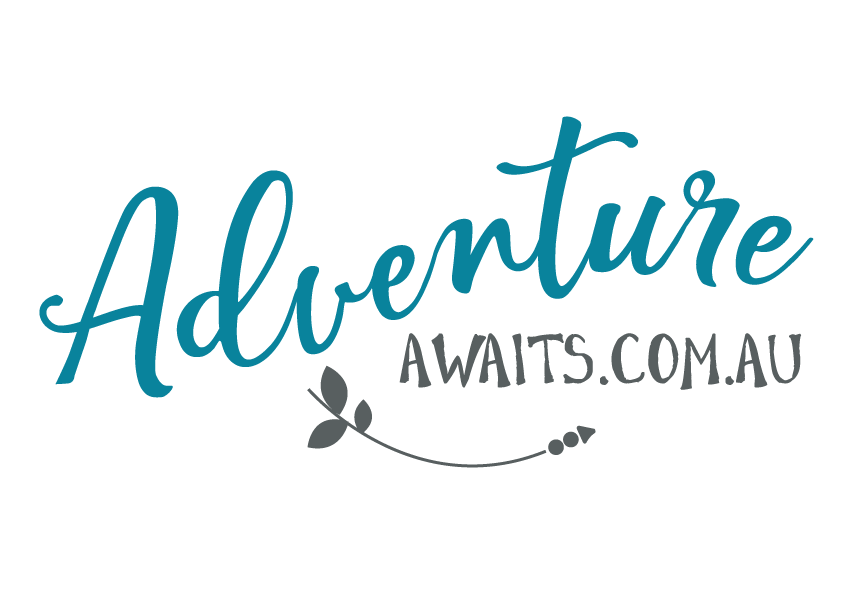